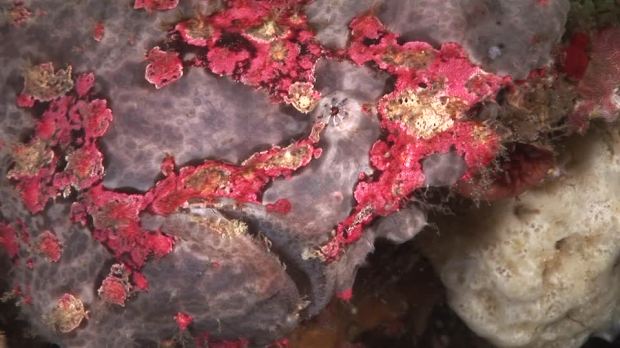 To cheer everyone up on this Monday morning I thought I’d share this heartwarming video. Every so often I come across these rescue type videos of divers helping out our sea dwelling friends in need.

This one is especially adorable as the divers seem to have come across a pair of frogfish in some sort of pre-spawning moment. Not too much is known about the breeding dynamics of frogfish, but what has been reported in the wild and in captivity is that a pair will normally start interacting around two days before spawning, with the male approaching a female that is ready to lay. That is what appears to be the case in this video, with the smaller male desperately trying to stay close the larger female that has clearly caught his eye. Unfortunately though the female has a fish hook and line caught in her upper lip, prompting a rescue attempt by the divers that found her.

It all makes for a nice up lifting video which will hopefully cheer you on this not so nice Monday morning.

(I’d recommend watching the video on mute and choosing you’re own inspiring tunes to accompany the video, as the royalty free music that has been overlaid onto this video doesn’t add too much to the moment!)